Something fishy is going on...

Tonight's dinner was a complete Hail Mary. I knew I was making talapia but had no idea what I was going to do with it. There was crème fraiche that I had to use up so I almost went with the Mustard Roasted Fish recipe but I wanted something new. What I ended up with was the talapia baked in a mushroom and shallot cream sauce with a touch of wine and mustard. Close to mustard roasted fish but just different enough. There was a moment as I was stirring the crème fraiche into the mushrooms that I thought, "This could be a real disaster. Then what am I going to serve them for dinner?" Luckily it did come together quite nicely but if it didn't, there's nothing wrong with scrambled eggs and toast! 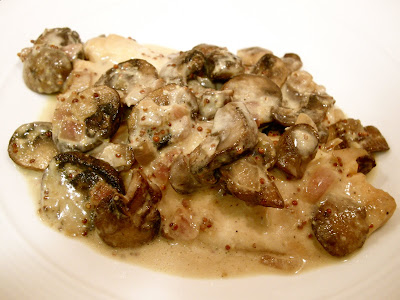 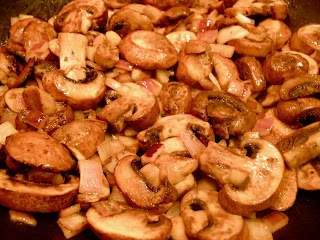 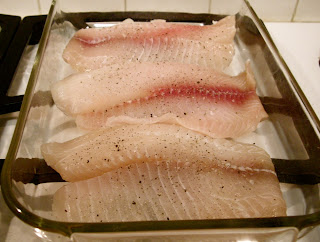 Rinse fish in cold water and dry well with paper towels. Place them in a baking dish that they fit snugly in. Lightly salt and pepper the fillets. 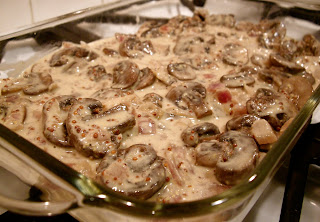 Pour the mushroom cream sauce over the fish and spread it out evenly. Bake for 15 minutes. Serve immediately. Nice with brown rice and veggies.

*A lot of recipes call for just a bit of chicken broth. What to do with the left over broth? Freeze it in sandwich bags or ice cube trays. Then you just defrost the amount you need when a recipe calls for some. Or if you use broth quite often you can buy the large 4 cup container of broth that has a reclosable spout. You just pour the amount you need and pop the rest back in the fridge.

1. 1 cup whipping cream mixed with 2 tablespoons buttermilk.
2. Combine well in glass jar and cover.
3. Let stand at room temperature (about 70 degrees F.) for 8 to 24 hours, or until thickened.
4. Stir well and refrigerate.
5. Use within 10 days.