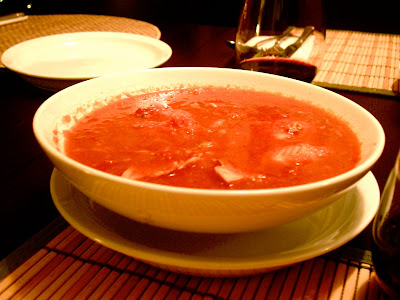 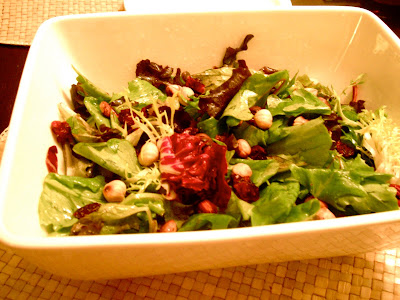 Growing up in Vancouver, Canada, there were two things that we are known for. Rain and good marijauna. I guess the latter was the result of the former. Most people my age weren't extremely political, part of which I'm sure had to do with just being young. There was only one sport (that counted) and that was hockey. Hockey, hockey, hockey! Go Canucks!
When I moved to the States there was definitely a change in climate, literally and figuratively. Los Angeles was warm and dry almost all year round. Americans were extremely passionate about their politics. And maybe even more passionate about their sports. Baseball, basketball, football and college sports all had equal importance depending on what part of the season you were in. Superbowl Sunday was like a national holiday.
I've been here for over a decade now and I'm not sure if I have even a lick of a Canadian accent left. I've realized that politics are important, it affects all of us in some way and yes, every vote does count. Now I wouldn't say I'm a die hard sports fan but I do enjoy a good game and all the festivities that go along with it. There is something quaint about having family and friends over to watch the game, share some beers and enjoy great food together. It seems like a tradition that is here to stay. Today I am having my in-laws (mother, father, brother and sister) all over for football Sunday. They are bringing over some bagels for brunch and for dinner I will be making a steaming pot of cioppino with buttery, crusty garlic bread and a yummy salad. Touchdown!


Cioppino
From Wikipedia, the free encyclopedia

Cioppino is a fish stew derived from the various regional fish soups and stews of Italian cuisine. Cioppino is traditionally made from the catch of the day, which in the dish's place of origin is typically a combination of dungeness crab, clams, shrimp, scallops, squid, mussels and fish with fresh tomatoes in a wine sauce, often served over spaghetti or other long pasta and toasted buttered bread, either sourdough or baguette. The dish is comparable to bouillabaisse, burrida, and bourride of the French Provence, suquet de peix from Catalan speaking regions of coastal Spain, and to cacciucco and brodetto from Italy .[1]

The legacy of San Francisco's Italian and Portuguese immigrants—many of them fishermen—lives on in this fuss-free take on the North Beach favorite, with fresh fennel adding a subtle touch of anise to the tomato-based seafood stew.

Preparation
Pulse fennel, onion, and garlic in a food processor until coarsely chopped.

Heat oil in a 5- to 6-quart heavy pot over medium-high heat until it shimmers, then stir in chopped vegetables, bay leaves, thyme, red-pepper flakes, 1 1/2 teaspoons salt, and 1/2 teaspoon black pepper.

Cook, covered, over medium heat, stirring once or twice, until vegetables begin to soften, about 4 minutes.

Add tomatoes with their juice, water, wine, and clam juice and boil, covered, 20 minutes. Stir in seafood and cook, uncovered, until fish is just cooked through and mussels open wide, 4 to 6 minutes (discard any that remain unopened after 6 minutes). Discard bay leaves.

*I usually disregard the seafood they list in the recipe and add whatever I feel like that day. Tonight's cioppino will have talapia, shrimp and clams. Also, instead of water I use low sodium chicken broth and I add less salt than listed.

Whisk the dressing ingredients together. Add dressing to the greens a little at a time. Toss before you add more. You might not need to use all of it. Sprinkle on the cranberries and nuts. Serve immediately.
Email ThisBlogThis!Share to TwitterShare to FacebookShare to Pinterest
Labels: salads, seafood, soups, Vegetables, vegetarian