One thing that I don't use nearly enough is my crockpot. It's such an easy way to cook. The best part is, you don't have do the "cooking" or even be present. Just throw the ingredients into the crock pot and push a button. Hours later, a hot and flavorful meal magically appears! 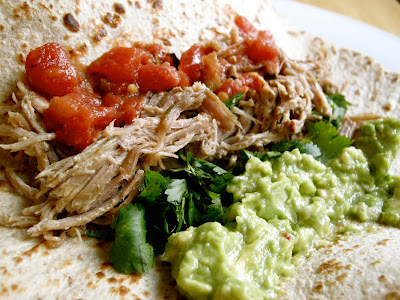 My hubby and I have been making crockpot carnitas for years. I think it was the first or second dish we tried in our crock pot. There are very few ingredients so it's quick and easy to prepare but it does make a lot. If you have a large party to serve, this would be a great way to do it. Just start the cooking before you go to bed or early in the morning. You want to cook it on the lowest heat setting for about 10 hours (now if we could all get that much sleep too!). When serving, put out some warmed up tortillas and a bunch of great sides. Enjoy! 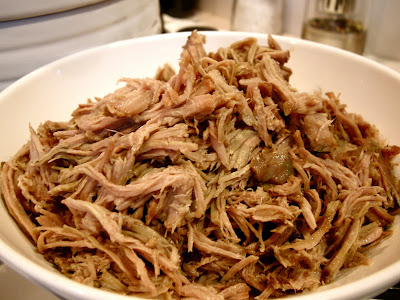 With a knife, cut several small slits into the roast. Insert pieces of garlic cloves in roast; place in crockpot with whole pepper and half bunch of cilantro which has been chopped. Sprinkle 1 teaspoon of kosher salt and a half teaspoon of ground pepper over the roast. 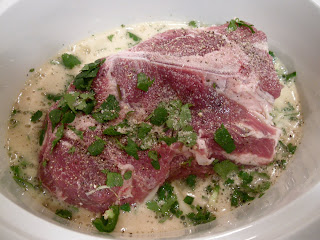 Pour in beer around it. Cook on 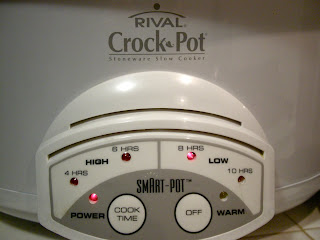 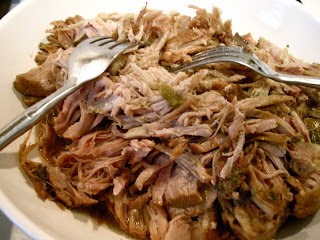 When cool enough to handle, remove the meat and shred with two forks. Add some of the cooking liquid to the shredded meat to moisten it up a bit.  I like to remove any remaining pieces of fat from the meat. Season to taste with salt and pepper. 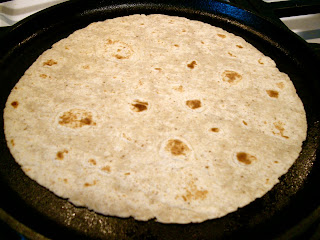