So a few nights ago I made crockpot carnitas. It was a 4 1/2 pound bone-in roast. From that I have made four meals so far!

The first night I served carnitas soft tacos to my hubby, the kids, my in-laws and myself for dinner. 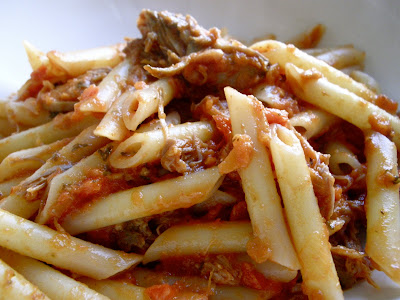 Next day I heated up some of the shredded meat in some leftover marinara sauce, boiled some pasta and tossed it all together for a bolognese type sauce.
That was lunch for my son, daughter and me. 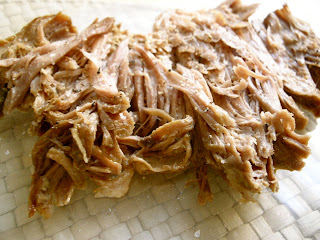 Then I heated up more of the shredded meat and put it between two pieces of bread with some Gruyere cheese. I grilled it all up in a pan with some butter until it was toasty brown and the cheese was nice and melty. 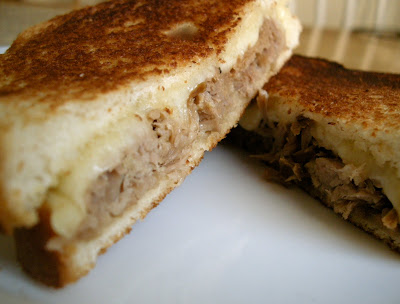 A tasty sandwich for my hubby's lunch.

Tonight I took a small onion and sliced it up thin. 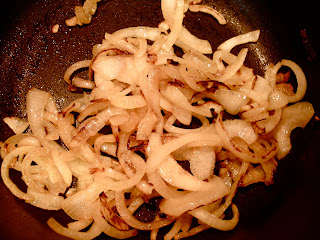 Heated a tablespoon of olive oil in a medium-sized pot over medium heat, added the onions and cooked until softened (about 6 minutes). 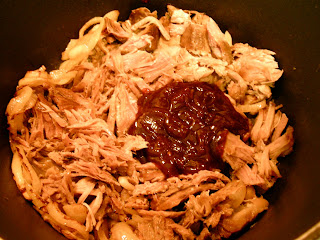 I then heated up about two cups of the carnitas meat in the microwave and added it to the onions in the pot and 1/3 cup of good store-bought barbecue sauce. 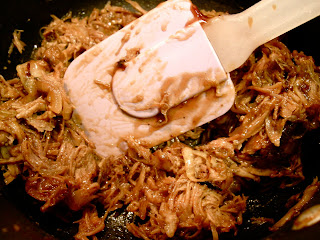 I mixed it all up in the pot over low heat until well combined and spooned it onto some toasted whole wheat hamburger buns. 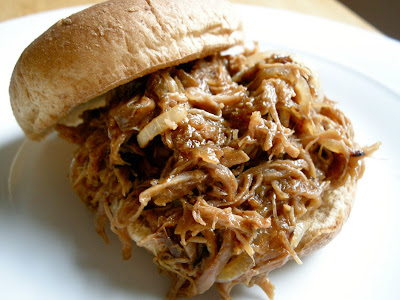 Basically a pulled pork sandwich. They only took about ten minutes to make. And were they ever scrumptious!

So there you go. A large piece of meat that turned into several different dishes. Now that's some efficient cooking that got me through a hectic week.
Email ThisBlogThis!Share to TwitterShare to FacebookShare to Pinterest
Labels: entrees, leftovers, meat, pasta, sandwiches